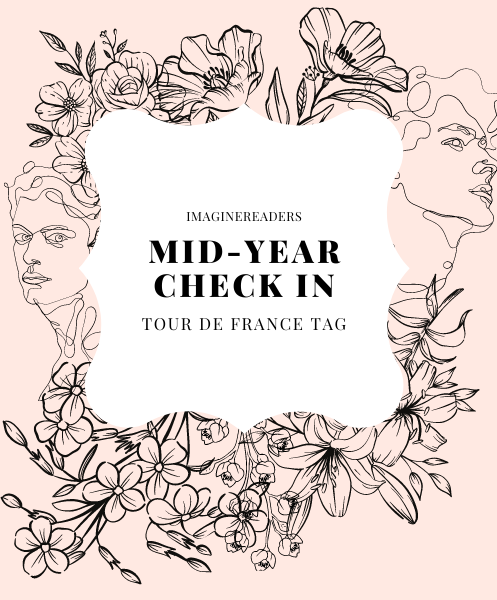 Hello! Somehow, half the year has already passed, so I figured I would give a bit of an update and then do my own take on the Mid-Year Book Tag, by theming it around the Tour de France!

Two weeks ago, I graduated from high school, and this autumn I will be going off to college! I honestly cannot believe how fast time has gone by. I think later this summer, I will do a more detailed post about going off to college and about the end of high school. So this is just a small update for now. In college, I will be studying epidemiology, and hopefully pursuing a minor in Latin!

In terms of books, I set my Goodreads goal at 50, and so far I have read 33! Currently, my average rating is approximately 3.78 stars for the year (I don’t rate all my reads) and my most read genre is Classics. At the end of the year, I will break down all the stats for the books I read, such as genres, author data, and more, but for now, here is my tag!

Since I don’t think I’ve mentioned it previously, I am an avid cycling fan, and currently the biggest race in the sport, the Tour de France, is underway, so I created a few questions about my reading so far but themed around this race!

If you’re unfamiliar, the race occurs over twenty-one individual stages, and there are multiple awards people can win. There are four jerseys, which the riders compete for, a yellow jersey for the rider with the fastest time overall (the winner of this wins the whole race), a white jersey for the rider with the fastest time that is also under 26 (the person wearing this could also be wearing the yellow, or they may not), the green jersey for sprint points (these are awarded in the middle and at the end of stages), and the polka-dot jersey for the king of the mountain (points are given to the first people to hit the top of mountains).

So, each question I made is themed around one of these jerseys , or a position in the race (which I will explain with each question)!

White Jersey (Best Young Rider): Favorite Debut or Work by a New to You Author

Sixteen books I’ve read this year have been by authors I’ve never read from before, so it’s pretty hard to pick a single favorite, so I will name the best ones that I’m not using for these other questions! Those would be True Letters from a Fictional Life by Kenneth Logan and If We Were Villains by M. L. Rio! Both of these books were very enjoyable and had such enthralling stories and writing, so I’m looking forward to more from both authors.

Polka-Dot Jersey (King of the Mountains): Longest Book Read, or Book You’re Most Proud of Reading

East of Eden by John Steinbeck! I actually started this book in December of last year and it was my first book I finished this year. It’s about 600 pages, but it was an enormous feat. The writing is poignant, and slow, but the words are powerful. The story was meticulously crafted into a masterpiece, with so many intricacies, that the work is packed to the brim with emotion and charge. This was both the longest I read this year, and the one I’m most proud of having read!

For this, I had to pick We Are Okay by Nina LaCour. This is actually the most recent book I read, and I started it before bed and ended up staying up till almost midnight finishing it because I couldn’t put it down! It’s a story of grief, and friendship, and understanding and learning to live through challenges. It was a beautifully written story and I am eager to pick up more by LaCour.

Breakaway (When riders get ahead of the group): Anticipated Release for the Second Half of the Year

I am highly anticipating Before We Disappear by Shaun David Hutchinson. If you didn’t know, Hutchinson is one of my all time favorite authors and I will read anything he writes. This is his first purely fantasy novel, so I’m really looking forward to seeing his take on the genre.

Off The Back (When riders fall away from the group): Disappointing Read

While I did rate books lower than these two, I was hoping for a lot more from both The Sun Also Rises by Ernest Hemingway and The Red Pony by John Steinbeck. I’ve loved other books from both these authors, and these two just didn’t live up to the same expectations.

I was most shocked by The Old Man and The Sea by Ernest Hemingway. This was the first novel I’ve read from Hemingway, and I honestly wasn’t sure if I would like it. I read Hills Like White Elephants prior and I didn’t love it. I didn’t think the subject of this book would be very intriguing as I don’t have any interest in fishing, boats, or anything similar, but I was completely wrong. This book was so enthralling and I could not put it down! I was so captivated by the storytelling and the book felt like it took hold of me till the very end.

This is probably the most difficult question, as contrary to my average rating may seem, I have given 8 books a five-star rating! I think the most memorable of those are Jane Eyre by Charlotte Bronte, The Tenant of Wildfell Hall by Anne Bronte, and East of Eden by John Steinbeck. All three of these are well-known classics that have left lasting impressions upon me, and I would highly recommend them.

And that is is for the tag! I hope you enjoyed seeing what I’ve read and also the theme I was going for! If you enjoyed this tag and wanted to do it for yourself, I’d love to see it! I’d also love to hear what your favorite book has been so far this year, or if you agree/disagree with any of my answers! 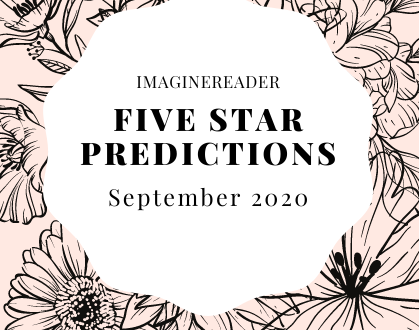 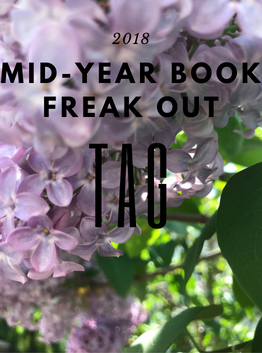 The Mid-Year Book Freak Out Tag 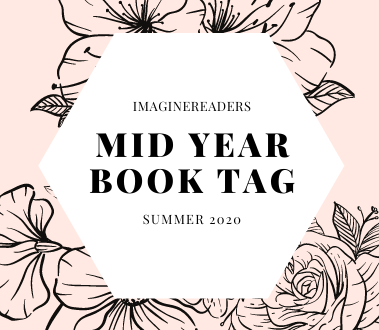