Today, is the cover reveal day for The Sanctuary!  This is the second book in The Awakened duology.

The first book, The Awakened, is about Zoey Valentine. She is stuck having to survive in a world where a third of the population has been wiped out due to the Z Virus.  The bodies of the dead started to disappear, and then, they reappear and are awakened from their dead state.  They’re not the same though.  In their new form, they are faster, smarter, and crave human flesh.  The government steps in and decides to bomb all the major cities in hopes of stopping The Awakened.

Below, you can get a sneak peak at the new, intriguing cover: 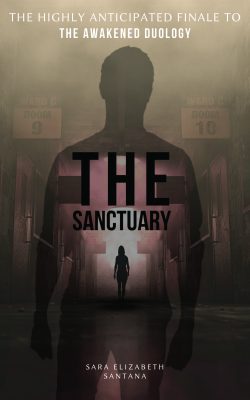 Disclosure: This is a cover reveal post for OfTomes Publishing. They graciously sent me the cover art to share with my readers.